Between the Mediterranean and Provence limestone, Esterel is a volcanic massif 32ooo hectares, 14000 classified. Its striking red color, that changes every hour of the day is related to the rhyolite, or red porphyry, volcanic rocks of the Paleozoic Era. Its steep slopes, its narrow gorges and dense, its sumptuous peaks lava amaranth make an inexhaustible exploration site. The relief shredded, extends into the sea, Mountain pushes headlands seawards ; the sea enters the solid. The red light coloration of rocks makes a striking contrast with the indigo blue sea.

Road Esterel has long been the only one used for traffic with Italy, she was threatened by robbery. The most dangerous place was near Mount vinegar. The exploits of bandit Gaspard de Besse, the 18 century have remained legendary. Hidden in a cave on Mount Vinegar, Gaspard and his gang attacked and robbed several years audit, cavaliers. In 1781 to 25 years the robber was caught, broken on the wheel and his head is nailed to a tree on the main road to mark his guilty exploits. The solid was, until the 19 century, a refuge for escaped convicts from the prison at Toulon.

Camping the banks of the & rsquo; Agay is enjoying a prime location, at the foot of the Esterel mountains you can enjoy many hiking trails or mountain bike accessible to all. You will not fail to discover the sights and scenery of field : The peak of the bear, the rocher Saint-Barthélemy, Cape Lookout red, Mount vinegar, which rises to 614m, Cave of St. Baume with her so famous history in the region. The ravine Perthus and that of Malinfernet will refresh you with its cozy sources.

Do not miss the Cape Dramont summit with its built in Semaphore 1860 on the ruins of a watchtower built in 1562. It is still used for monitoring the sea. Cape Dramont discover The Golden Island, ranked as one of the sixty most beautiful sites in France. Its square, crenellated tower is built of red stone of the Esterel. L & rsquo; Island gold was immortalized by Hergé and Tintin “Black Island”. 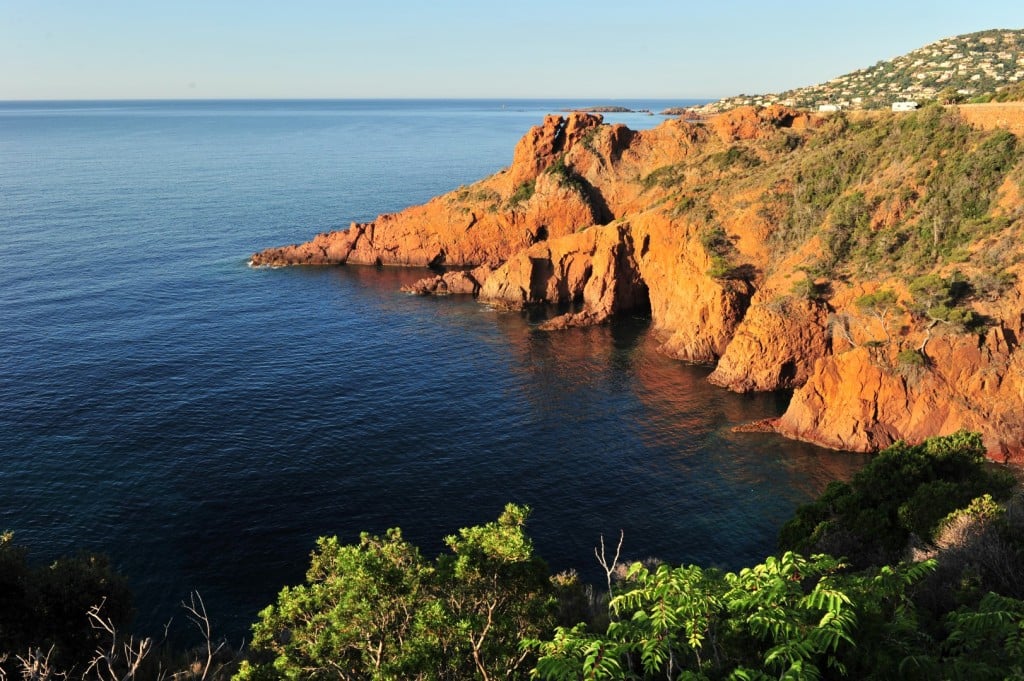 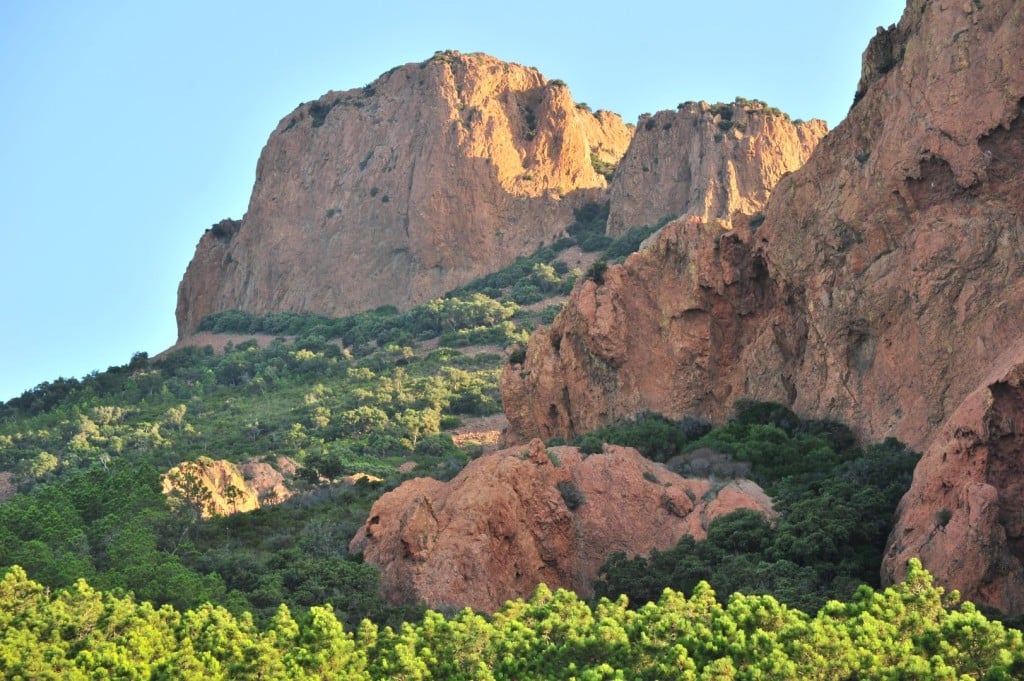 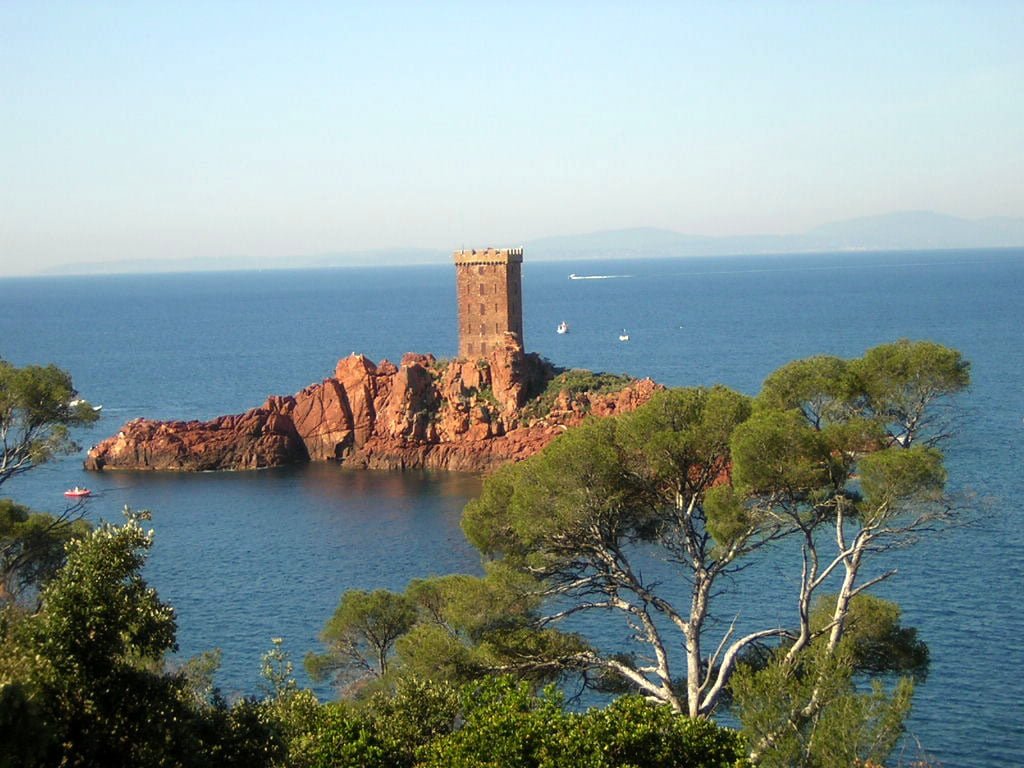 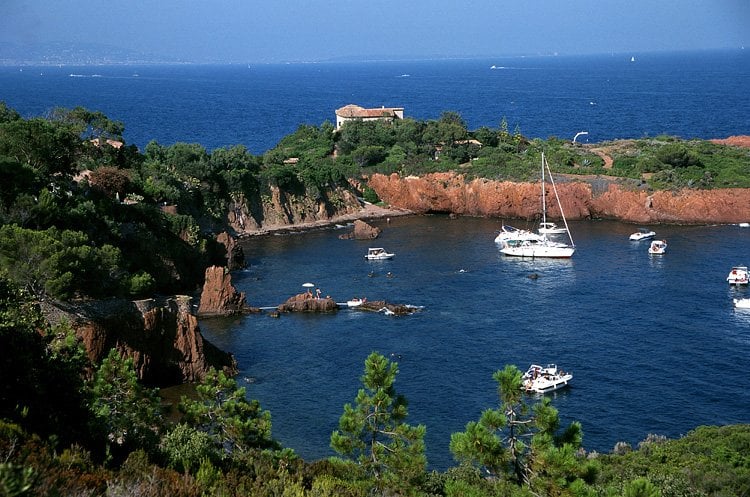